Originally known as Smyrna Army Airfield, Sewart Air Force Base was active from 1941-1971. At the beginning of World War II, the War Department ordered construction of a Bombardment Air Base consisting of 3,325 acres in Rutherford County Tennessee.  Sewart Air Force Base was used as an Army-Air Force Training Command Base to train military service members to fly the B-17 Flying Fortress and the B-24 Liberator during combat in World War II.

At the end of World War II, demobilization and defense reductions resulted in Sewart Air Force Base to be deactivated and placed in caretaker status. However, this status was short lived, and the newly created United States Air Force re-activated the base as Smyrna Air Force Base in 1948. 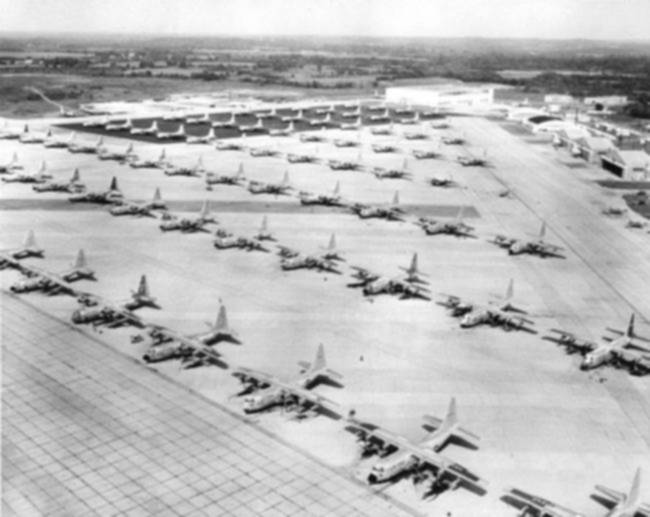 After World War II, the United States military renamed several military bases in honor of fallen heroes. The Department of Defense chose to name the military base in Smyrna after native Tennessean Allan J. Sewart Jr. of Nashville. On 25 March 1950, Sewart Air Force Base was officially dedicated in honor of this hero who died in a bombing mission over the Solomon Islands in November 1942.

The base remained active in training Air Force aviators through wars in Korea and Vietnam, including various types of aircraft such as helicopters, troop carriers, bombers, gliders and jet air craft.

On May 31st, 1971 the last C-130 Hercules left Sewart Air Force Base, and the base was de-activated and redeveloped under the care of the Army Core of Engineers and ultimately to the Smyrna/Rutherford County Airport Authority.

This incredible asset became an important part of the growing Town of Smyrna and paved the way for increased economic development for the area.

To learn more about the History of Aviation in Smyrna, click on the buttons below.