The Blue Angels is the United States Navy’s flight demonstration squadron, which comprises aviators from the Navy and Marines. Founded in 1946, the Blue Angels are the second oldest formal flying aerobatic team. Aviators who wish to become Blue Angel pilots are required to apply via their chain-of-command with a personal statement, letters of recommendation from their superiors, and flight records. Each F/A-18 pilot is required to have a minimum of 1250 tactical jet hours in order to apply. Once they are qualified, applicants “Rush” the team at airshows at their expense in order to be considered. Rushes are asked to show how they will fit in with this selective team by telling a joke prior to their brief and are graded by the current team as part of this rigorous selection process. Current team members vote in secret on incoming applicants, with no accountability to higher Navy authority on why an applicant was or was not chosen. This allows for current Blue Angel pilots to select those that they will be flying with during dangerous tactical aviation displays.

Their six demonstration pilots currently fly the McDonnell Douglas F/A-18 Hornet, which normally take flight in more than 70 shows at 34 locations within the United States annually. Through the years, they still employ many of the same practices and techniques they used in 1946. Each year, there is an estimated number of 11 million spectators who view The Blue Angels at area air shows. Since their formation, the Blue Angels have flown for more than 260 million spectators. 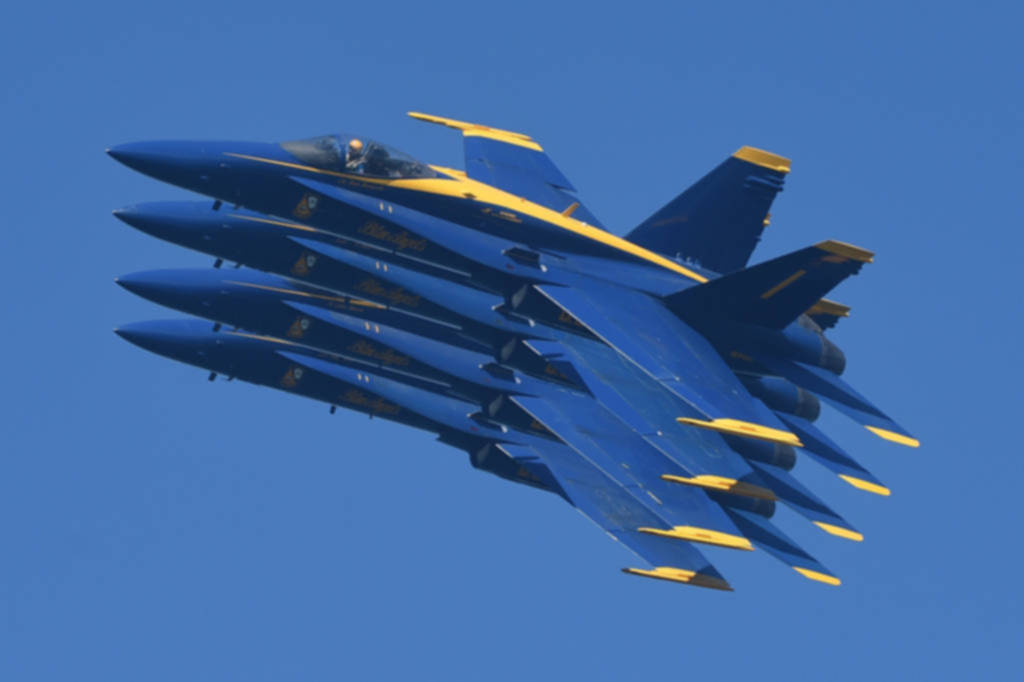